The entrepreneurship scene in Jordan has grown over the past decade. We have seen an increase in restaurants, social media and marketing businesses, e-commerce establishments, and homemade products being sold on the internet. Not only have creativity and innovation ascended, but these businesses have created a continuously growing number of jobs for the youth in Jordan. 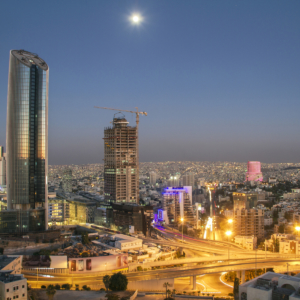 The limited natural resources and the high unemployment rate have been quite the struggle for the Jordanian youth, especially fresh graduates who are not accepted into jobs that align with their degrees, simply due to their lack of experience. The Jordanian youth, in response, have turned to entrepreneurship as a means of having a job, but they have also created jobs for so many others around them by doing so. This was the turning point for Jordanian citizens in general over the past few years.

However, according to the Department of Statistics (DoS) in Jordan, the total unemployment rate for the year of 2016 was 1.6% higher than in 2000. This number has been increasing year by year, settling on an unfortunate rise of 3.9% from 2016 to 2019, as unemployment reached 19.2% during the second quarter of 2019. It is regrettable to state, that according to the report, a large percentage of the unemployed are youth between 15-24. Though there is an increase in businesses, the lack of experience, training, and entrepreneurship mindset results in the termination of a large percentage of said businesses. A proper solution would be the extended support from authorities and support organizations to maintain, encourage and grow these establishments to provide more jobs for the youth and decrease the unemployment rate.

Taking a glance at TTi’s Entrepreneurship Ecosystem Map of Jordan, it is evident the number of establishments currently running in Jordan, and how it has impacted the Jordanian entrepreneurship ecosystem. Of course, there’s room to grow and lessons to learn when it comes to the development, foundation, and growth of these startups, but the fact is pertinent; these startups are guiding youth towards something great. They are paving the future for the next generations, allowing for further advancements and achievements that will create a better environment for the Jordanian youth.