What is renewable energy?

Renewable energy is one of the most promising fields for entrepreneurs to venture in the future. Did you know that 29% of the United States’ contribution to global warming is caused by fossil fuels and natural gasses that come from the electricity sector? These gases are called greenhouse gasses. They serve as blanket in our atmosphere, trapping heat on earth, just like in a greenhouse. Fortunately, there is a way to remove a chunk of these greenhouse gases. It is possible to replace the gasses that contribute to global warming with other sources to energy. Contrary to fossil fuels, renewable energy produces little to no greenhouse gas. Renewable energy is energy that is derived from renewable resources such as wind, tides, and sunlight. According to the National Renewable Energy Laboratory (NREL), it is possible to cut down the use of greenhouse gasses in the electricity sector by 81% in the US alone through the use of renewable resources. 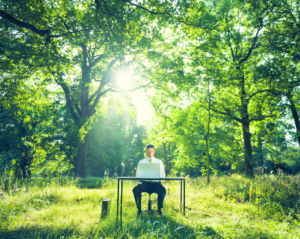 Are entrepreneurs needed in this field?

Studies have shown that Jordan spends 20% of its GDP on imports and imports 90% of its energy and fuel requirements. Now they are trying to cut down on this spending by using the natural resources they have (wind and sun) to produce renewable energy. According to expert.gov, Jordan’s goal is to raise their use of renewable energy from 1% in 2017 to 10% in 2020. Additionally, tech giants such as Google, Microsoft, and Apple have already been working towards goals to replace their electricity driven resources with renewable energy ones. As an increasing amount of countries and companies commit to making this shift, more businesses focused on developing renewable energy methods will be required. For instance, the use of solar energy faces many obstacles primarily due to inefficiency and costs. Entrepreneurs can help by coming up with innovative solutions that will make it easier to extend the amount of energy that comes from renewable sources. In Africa, entrepreneurs solved the problem of connecting solar panels to individual homes, which without help from the government was going to take decades, by building large solar panels in decentralized areas where the power could be taken directly to the locals.

Why go into this field/what are the benefits?

There are many good reasons to enter the field of renewable energy. The world is moving towards extinction and more and more people are realizing that we need to make drastic changes in our lives if we want to remain on this world. As a result, we need more people to work in fields that can limit or stop the production of greenhouse gases in order to prevent sea levels and global temperatures to rise. According to Entrepreneur Magazine, the prices of solar panels are decreasing, meaning that it will be more affordable for businesses to invest in a renewable energy orientated vision. Due to the goals adopted by several high-profile companies to increase their use of renewable energy, the market will be flooded with demands for businesses that supply these more environmentally friendly sources of energy.

Not only will it be extremely profitable to go into the field of renewable energy in the future, but it will also be crucial in the process of mitigating climate changes’ impacts on our planet, Earth.

A Guide to Running an Innovative Startup Having An Idea Is Great. But What We Need Is People Who Can Turn Ideas Into...
Scroll to top